The Gramofone is heading to Le Guess Who? festival, which takes to Utrecht a myriad of programs, focusing on the experimental and avant-garde universe, if we can describe it in a simple way. Based on this musical adventure, we decided to feel the pulse of one of the local artists that will participate on the Mini Le Guess Who?, which will take place during the last day of the festival, and that concentrates its lineup on upcoming Dutch acts only. This was the reason that led us to challenge Sun Shy Boy for a long-distance conversation, during which we also focused on his latest EP “It's So Nice To Die”. Sun Shy Boy is the musical face of Emile Lagarde, who weaves complex songs wrapped in lo-fi packaging, always with overflowing emotion and feelings on the tip of his voice.

For this remote interview via email, Emile asked someone to read him our questions in person, as a way of bringing a more authentic feel, which makes us even more grateful for his collaboration. 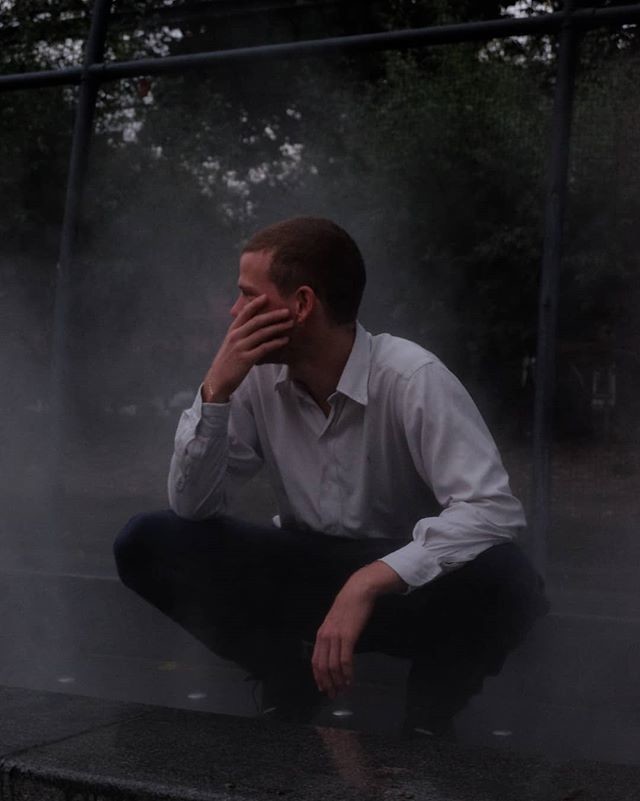 GRAMOFONE: Can we say music was the tool you used to exorcise your demons? How did that process influence the type of music you make?

SUN SHY BOY: You can say it, I don’t know if I have demons. I do have a lot of feelings, heavy ones also. I use music to tap into those, to channel does feelings out, let them breath. Stick a whole in my body and let them come out, see them, hear them. I have a lot of takes where my voice is way more extreme, going really loud, I hear it back and I realize that it was way too much. I notice I must go through that sometimes, so I can have a take where I’m a little bit calmer but there still that feeling inside. I improvise most of my lyrics, then I alter a bit or keep the first takes, channeling like ILOVEMAKONNEN says, just channeling. Regarding how it influenced the type of music, I think it became a very compressed and bright sounding, a little bit uneasy and uncomfortable for the ear. It has this flatness of numbness and depression, and of a really forced emotion of squeezing something out, compressing it out.

GRAMOFONE: Since you are also involved with other arts, how do you look at music itself? A part of the whole or does it have a specific purpose for you?

SUN SHY BOY: Music has been something I’ve always done, on the side. I never saw it as my main occupation. But it’s always something I was able to do on my own, whilst I was doing other things like dancing, choreographing, painting, writing, playing sports, school, whatever. And I never thought it would become the main thing that I’m doing now, it can also not fully be my main thing, I have to always do something else. Like, always have to live life, and then I can go to the studio to make something. So, it’s still something I do on the side, you see. But it’s very important to me. It’s a place I always end up going to.

GRAMOFONE: This was your first release with Freeride Millenium. How was this experience comparing with your previous works?

SUN SHY BOY: In previous works, I did everything on my own. This was the first time with, as you say, an external label. It was very pleasant, they are very nice, they helped me with the visuals and the mastering. And it just felt really stimulating to be supported by people I don’t know, but I have started to get to know and trust over time. Most importantly because I don’t know them, so I know it just came from the music and the image that I portrayed with it, from my first small EP Himalaya online released on SoundCloud, which feels so supportive. And they just like my music, which is a good feeling.

GRAMOFONE: It’s curious that on this EP you combine multiple music genres, but still it has a very minimalistic feel. Was this on purpose or just happened to be this way while writing the songs?

SUN SHY BOY: I’m not consciously deciding to use styles, I just use the styles that I like. The minimalistic feel you describe comes from certain fast and fluid way of producing, I guess. It’s like I try to be quick, I want something to happen spontaneously, and then I can quickly feel the music as it was produced for the first time, when it really originated, and then I can channel my voice, feelings or emotions. I can channel music like I hear it for the first time. When I overthink it too much, I always end up going to the first take and then the craft is just about finding in the final mix and composition a way of making it a little bit more dynamic but still keep that freshness and rawness of something simply and rapidly made. I’m always trying to combine the two extremes.

GRAMOFONE: How do you see the role of the Mini Le Guess Who within such a big event as LGW? What are your expectations as an artist and has a spectator?

SUN SHY BOY: I have no idea, I have never been to LGW and I don’t know what LMGW represents, I just hear people like LMGW and good shit is portrayed there. So, I’m just happy that I can play. I’m also playing at radio Stranded FM which is incorporated by LGW to curate. My expectations are that there will be a handful of people, in a bar/cafe kind of setting. It’s going to be the first time I play with a band, I will play with Thor Küchler and Thomas Jaspers. It’s going to be the first time we play together, we just rehearsed one weekend, so I don’t know what’s going to happen, how it’s going to feel and how it’s going to translate to the audience. On the other hand, I’m going to play the radio show alone. So, it’s pretty nice and interesting to be able to do two different kind of shows with the same music, to keep it fluid.